How to find you linux version in AryaLinux

Written by Administrator on Tuesday May 12, 2020

There are several command to run to get your AryaLinux version information. It depends, what precisely you want to see, but in AryaLinux you can use same commands like in other Linux distros: 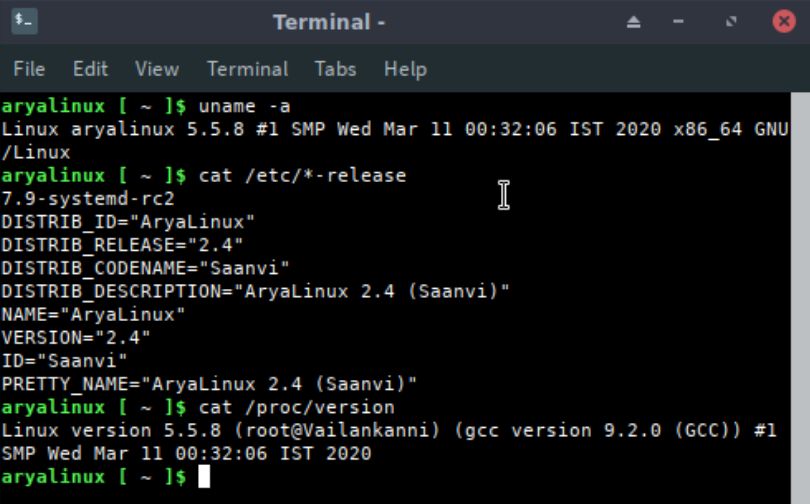