How to rename file extension on multiple files in Trident Linux (Void Linux) in command line? [with screenshots]

Written by Administrator on Monday April 20, 2020

Bulk rename is very simple and fast in Trident Linux, because we can use only terminal and rename tool (which is already installed by default in Trident as a part of util-unix package):

Great, now we can use it.

I have several video files: 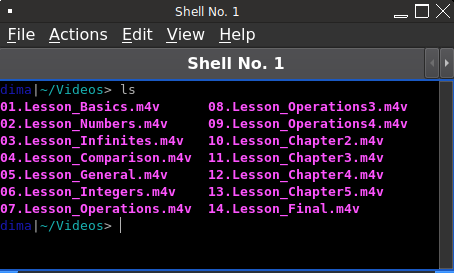 And my aim is to rename all extensions from .m4v to .mp4. Let's use rename bulk: